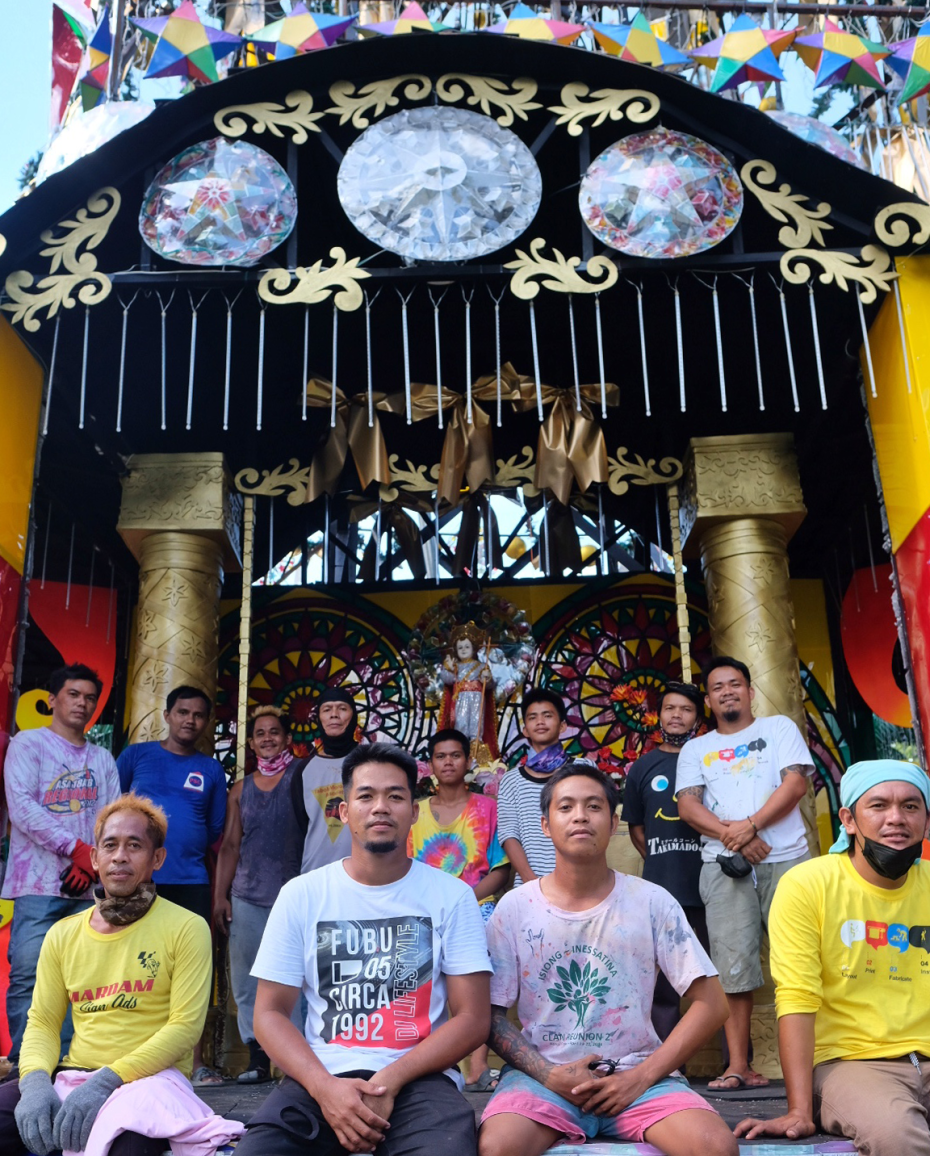 The M Lhuillier Christmas tree in the unofficial center of Cebu, Fuente Osmeña Circle, has risen without fail for 21 years. This year, however, there is something decidedly different about it.

“We wanted to add a twist,” shares Brendon Cabarubbias, the swarthy team leader and main designer of the tree. “Not everyone can look up to the star at the top for long, so we decided to add something at the base.” His original sketch depicted the 10-storey structure covered in 36 oversized acrylic stars, 400 green plastic wreaths, 600 red plastic flowers, 300 styro balls, 600 traditional Pampanga lanterns, 200 raindrop led lights, 300 typical parols covered in colored plastic charrol, 200 pieces of LED tubing, and three kilometers of series lights. He delights in pointing out the sheer volume of materials from sketch to actual tree.

At the base, he’s crafted a clever carousel of montages that tell more of the Christmas story with a Cebuano flavor. “Traditionally, the M Lhuillier trees of the past only added a Sto. Niño at the base. This year, we’ve included mannequins wearing the colorful costumes of the Sinulog, to bring that part of the celebration in, because we don’t know if we are missing out on that for another year because of the pandemic,” Rendon adds in Cebuano. The carousel is divided into four sections, with the main section facing Osmena boulevard housing the image of the Sto. Niño, the oldest Christian artifact in the country. At the opposite end, facing the namesake fountain of the rotunda, is a life-size nativity scene that centers on another incarnation of the child Jesus. Flanking both sides are the Sinulog-decked mannequins, as the tree remains standing until the festival traditionally celebrated every third Sunday of January.

“We’re different from the other giant trees in the city because their trees are indoors, so they can use ready-made materials for decoration,” Rendon emphasizes. “With ours, because all items have to be weather-proof against sun and rain exposure, every item is handcrafted. Gigamitan gyud ni ug skills sa artist.”

The main altar for the Sto. Niño, for example, is hand cut rubber inlays that are sprayed in gold paint to depict a shiny metal base. A set of stained-glass windows behind it are hand-cut from acrylic panels and assembled on site and lit up at night by concealed LED tubes, as if by some invisible sun. The belen features custom-made fiberglass figures for Joseph, Mary and the three kings to withstand strong winds in the monsoon season, with the lower-lying animals hand carved from Styrofoam, individually painted, and glued to the wooden base. The mannequins on either side are decked out in sparkly headdresses, sequined leggings and shredded cloth shirts in the Sinulog aesthetic.

The laborious endeavor began in July, and was completed November 15, by a team of 20 homegrown artisans.

“While passing through the tree when I was younger, I prayed to Sto. Niño that I would someday be able to work on it,” Brendon intimates. As a freelance artist, he had begun working on his craft from the age of 18, creating props for the City Government and various festival floats. A year ago, in the middle of the pandemic and finding himself without a job, he got a call inviting him to design the M Lhuillier tree, which he designed as an ode to the 500 the year of Christianity’s arrival to the Philippines. “I realized after the call that I had prayed for this 10 years ago.”

But an important part of this story is one that will remain hidden to the naked eye. Accessible through a narrow opening between the nativity scene and the Sinulog mannequins is the hollow center of the structure, a complex and sturdy web of iron angle bars, welded to become the foundation of the tree. Covered in the blinged-out accouterments of the season, it is a dreary mass of metal rising 120 feet into the sky and weighing a ton in total with little visual appeal. Not unlike the resilience of the Cebuano that has weathered storm and pandemic, it all begins here, the strength of a quiet, reliable core.

(The M Lhuillier Tree of Hope will be turned on December 1, 2021 and will remain lighted daily from 5pm to 5am until January 2022) 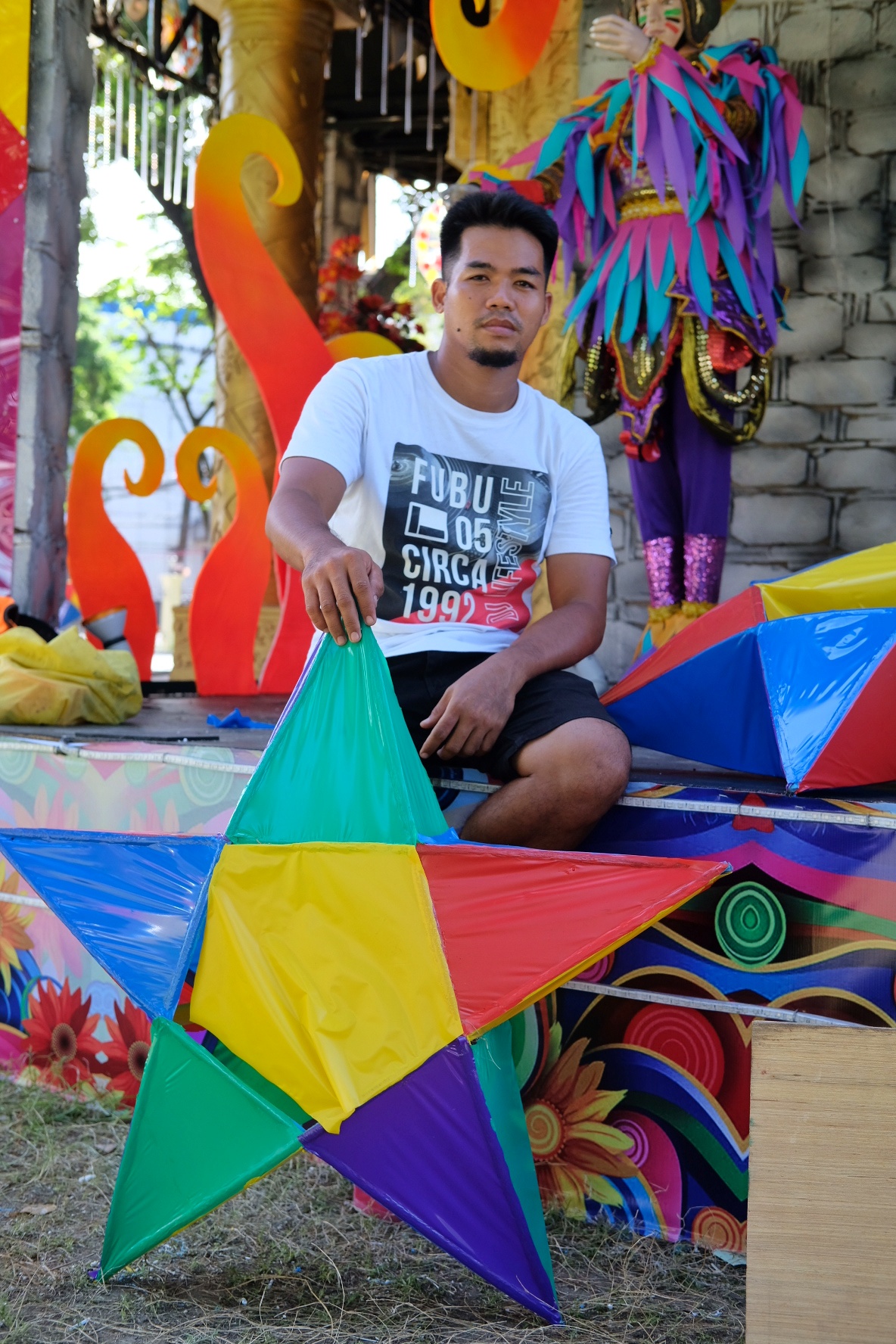 TEAM LEADER AND MAIN ARTIST Brendon Cabarrubias lost his job during the pandemic, but a phone call to design the tree for M Lhuillier was an answered prayer from one he made a decade ago. 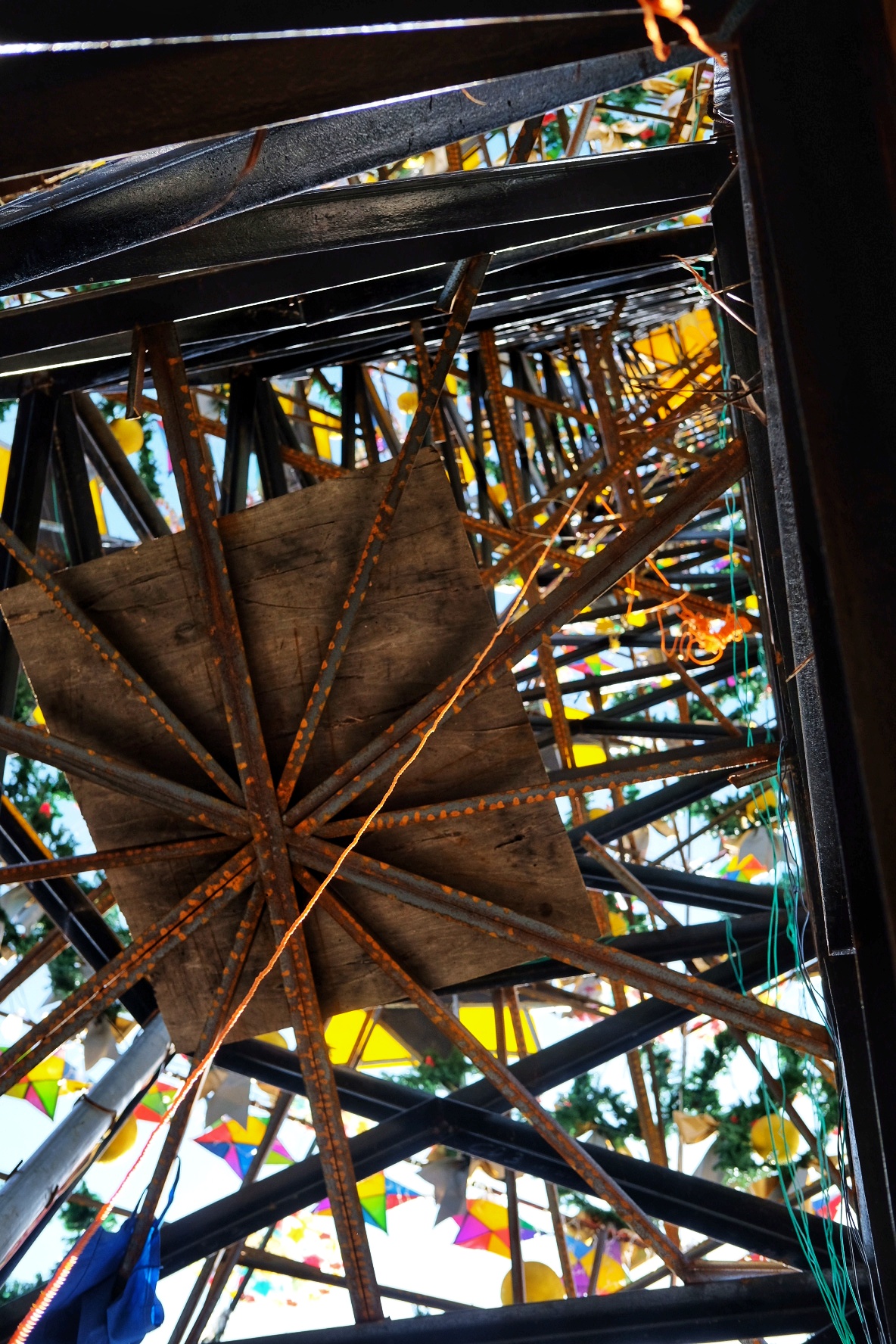 THE HOLLOW CENTER is made of a sturdy web of iron angle bars, rising 120 feet into the air and weighing a ton. 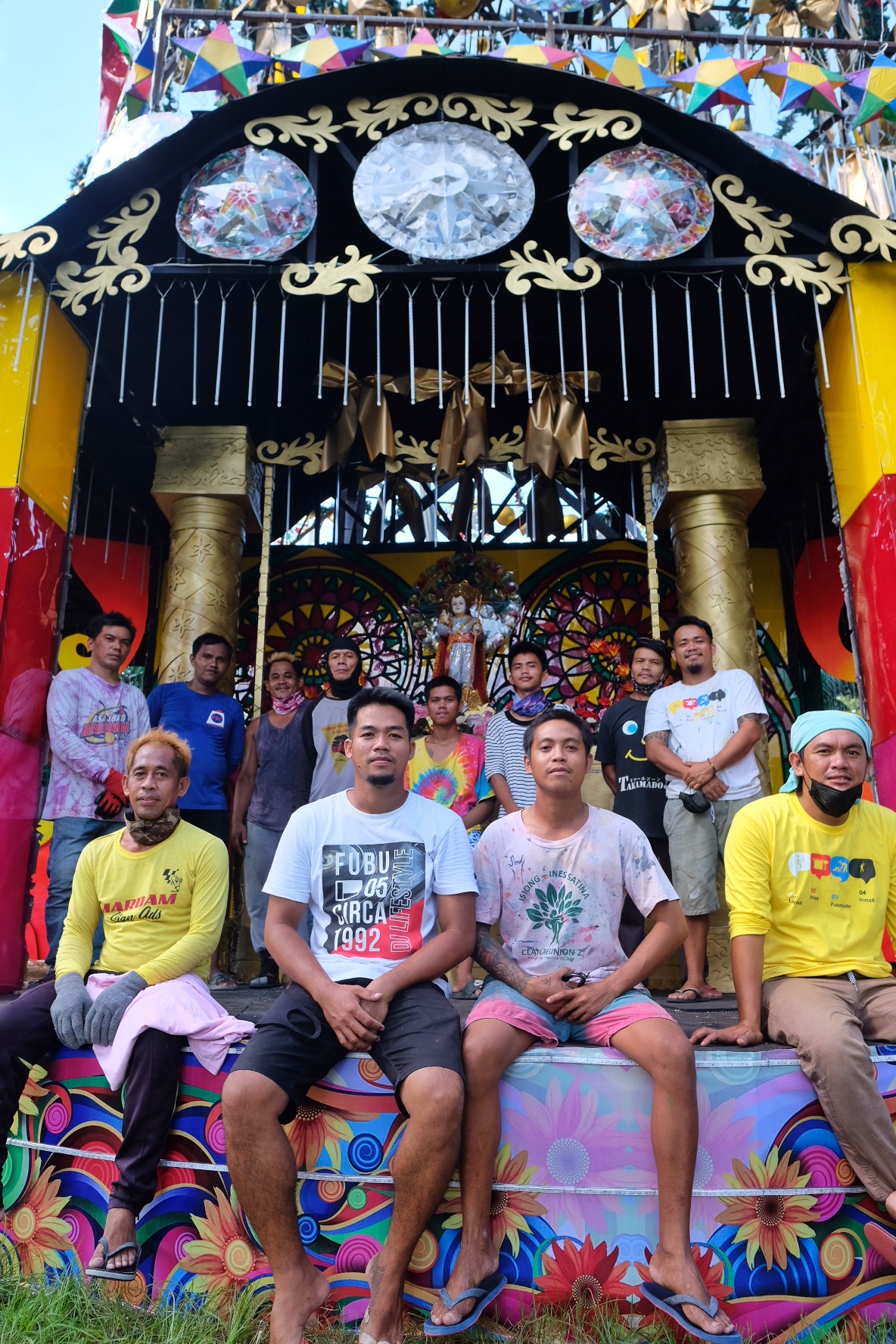 A DEDICATED TEAM of 20 local artisans labored from July to November to complete the iconic tree…from building the iron foundation to handcrafting the decorations.

Entrust your Kwarta Padala at M Lhuillier
Get the best deals for your items
Online transactions anytime, anywhere