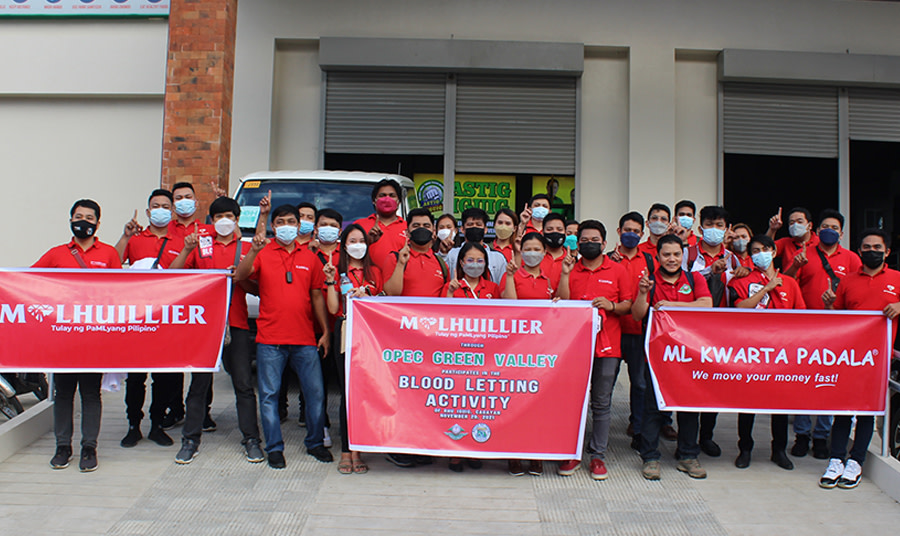 M Lhuillier believes that blood donation is a moral obligation and a social responsibility to give back to the community. Multiple OPEC clusters conducted a series of blood letting drives. Apart from M Lhuillier’s volunteer donors, employees, and officers, partner institutions like Love Radio and Philippine Red Cross Chapters co-hosted some of the drives. Everyone involved expressed their enthusiasm, willingness, and gratefulness to participate. The project aims to encourage employees and its stakeholders to donate blood in aid of the growing needs of hospitals and health centers for blood especially in this pandemic. 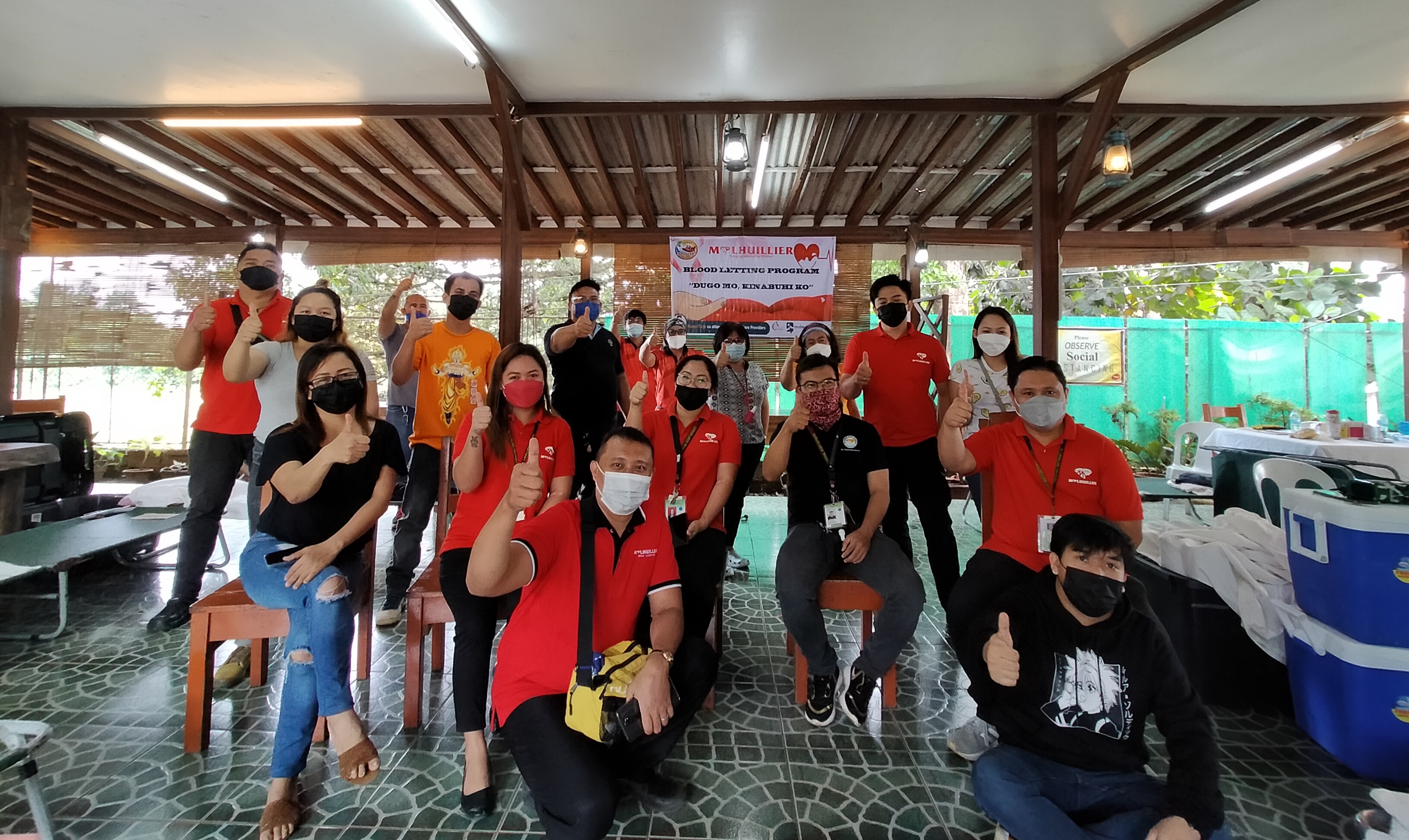 OPEC Kagay-an managed to have thirty five (35) donors who responded to the call of the community in saving the lives of many. While a total of forty-five bags of blood were extracted from forty five (45) employees of M Lhuillier OPEC Capital. All of the bags were donated to the Philippine Red Cross.

The donors were assessed comprehensively prior to extraction. They underwent pre-requisite screening like checking their weight, blood pressure, pulse rate and temperature. They were examined by a physician who even took a small sample of blood from all the donors to check their blood type and hemoglobin level. The screening took about 10 to 15 minutes. They were also encouraged to give utmost accurate data for their safety as well. After the screening, blood donation took place by a skilled phlebotomist for about another 10 to 15 minutes.

The second run happened in the month of October. On October 9, 2021, the second blood letting campaign this year was done by different OPEC teams of Cebu Region. The whole day affair was held at P del Rosario Church Conference Hall, headed by OPEC Support in coordination with Cebu OPEC groups including OPEC Lakbai Norte, OPEC Norte, OPEC Centrum, OPEC Central, and OPEC Sawot. The nurses explained to the donors how they can utilize the donated blood for their own use and how they could donate again after three months to refresh their blood flow and ensure healthy blood circulation. 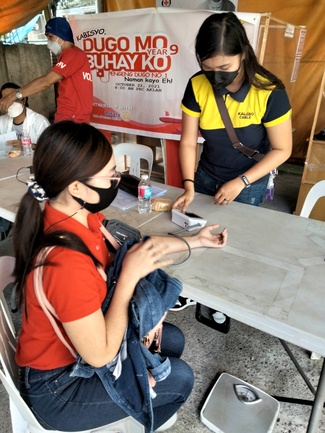 On October 22, OPEC Panay Lontian Gems together with Love Radio Kalibo and the Philippine Red Cross Aklan Chapter conducted a bloodletting activity with 85 successful donors out of 100 bags target. The whole day bloodletting activity was held at PRC Aklan Chapter Office with a variety of personalities donating - from men in uniform, employees from different government and private sectors, and people in the locality joined the noble activity to support the local Red Cross chapter. Donors were well taken care of from the beginning of the assessment, they received tokens from Love Radio Kalibo (a washable face mask), M Lhuillier towel (ML Towel), and snacks together with the generosity of other sponsors.

The last run was conducted by OPEC Green Valley in cooperation with the Rural Health Unit of the Municipality of Iguig, Cagayan on November 29, 2021. The drive was done at the municipal gymnasium wherein several people from different walks of life gathered to share their blood for those in dire need. The activity was cited by the local government unit as the biggest blood letting activity in the region which was participated by over 700 people from Iguig and nearby towns. The rural health unit was able to collect a whopping total of 746 bags of blood during said activity. From the M Lhuillier team alone, they were able to donate 30 bags of blood. 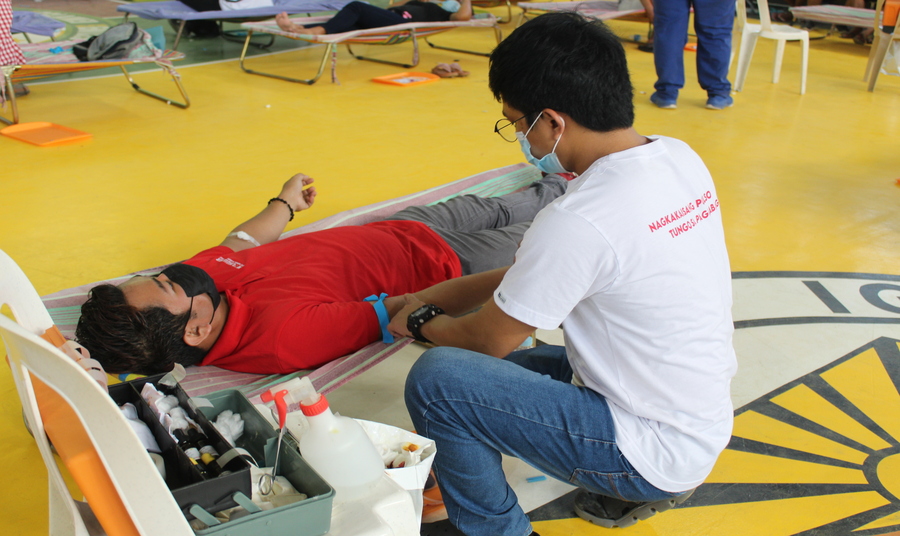 Indeed this act of nobility isn’t done for the faint of heart. It takes compassion and  kindness to step up and donate blood - not only does it give personal health benefits but it reduces the risk of cancer in the body. Frequent blood donation staves one off illness, burns calories and reduces the risk of heart attack. It benefits not only the recipient but also the donor. Everyone is encouraged to take part in blood donation so that blood banks have sufficient units available in case of emergencies. A single drop of blood goes a long way, it may be simple for some but it is an ocean of salvation for someone else.